A Brahmin (Priest), whose profession was singing the glories of the Lord, was once reciting Srimad Bhagavatam in the house of a patron.

A thief broke into the house where the recital was going on and hid himself in the deep corner. Perforce, he had to listen to Srimad Bhagavatam (Beautiful stories & Miracles of Lord Krishna). The singer was now describing the ornaments worn by little Krishna. He described the various ornaments Mother Yasodha decorated on little Krishna before sending Him out with the cows. The thief was excited and thought that he should meet that lad and rob all the ornaments at one stroke instead of struggling every day with petty stealing. He waited till the entire chapter of Srimad was recited and left the place. The thief wanted to know where this boy was. He, therefore, followed the Brahmin and waylaid him. The Brahmin was frightened and feared that he would lose even the small amount he had received as dakshina and told the thief, “I do not have anything with me”.

The thief replied that he was not keen to have any of his possessions but wanted some information about that lad he claimed to have the best ornaments and who used to go out for grazing the cows. He beseeched him to take him to that place where the lad was grazing those cows.

The Brahmin was in a fix now. He said, “In the town of Brindavana, on the banks of Yamuna river, in a green meadow, two boys come every morning. One is dark like the clouds with a flute, and the other fair, clad in white silk. The dark one will have all the ornaments I had described.”

The thief believed the Brahmin and set out for Brindavana immediately. He located the beautiful place, climbed up a tree and waited for the boys to arrive. The sun rose. Faint melody of the flute wafted along the morning breeze. The enchanting music could then be heard closer and the thief spotted two boys coming. He got down from the tree and went near them. The moment he saw the most beautiful appearance of the little Krishna, he forgot himself, folded his hands and shed tears of joy. The tears were from his heart and it was chilling. He wondered which wretched mother had sent these radiant boys, chiseled to perfection, loaded with ornaments to the riverbank. He could not take his eyes off from the divinity. The transformation started. He approached the boys shouting, “Stop,” and held Krishna’s hand. The moment he touched Lord Krishna, all his previous karmas were wiped out like a ball of cotton getting burnt in fire and with all humility he inquired lovingly, “Who are you?”

Krishna looked at him, innocently and said, “I am frightened by your looks. Please leave my hands”. The thief, now full of remorse, said to Krishna, “It is my evil mind which is reflected in my face. If you are frightened, I shall go away. Please don’t say, I must leave you”.

The Natkhat (Divinely naughty) Krishna reminded the thief the purpose of his coming there and mocked him, “Here, take these ornaments”. Confused, the thief replied, “Will not your mother scold you if you gift away all your ornaments to me?”

Krishna with a smile said, “Do not worry about that. I have plenty of them. I am a bigger thief than you. But there is a difference between you and me – however much I steal, the owners do not complain. I am lovingly called “Chitta Chora”. Though you are not aware of it, you have a previous ornament in your possession, the “Chitta (Heart)”. I shall steal it now and take the same with Me”. So saying both the boys vanished. To his surprise, the thief found a bag full of ornaments on his shoulder. He brought it to the Brahmin’s house and told him what had all happened. 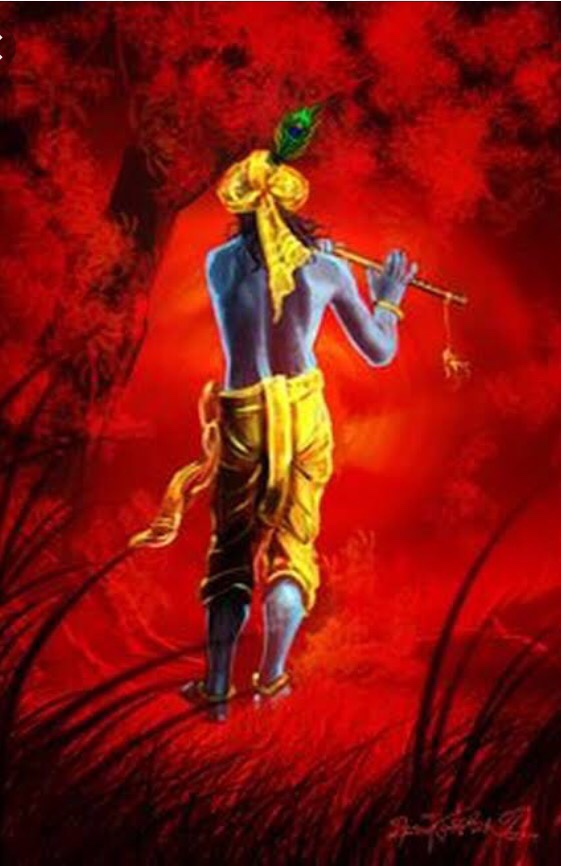 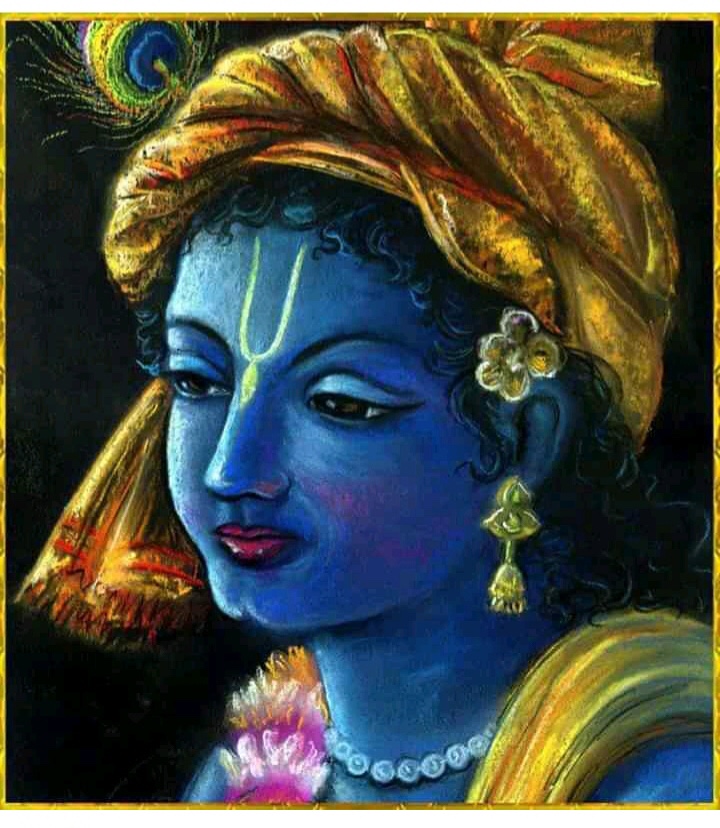 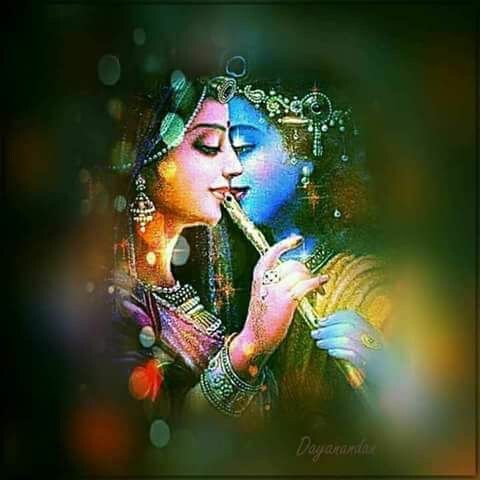 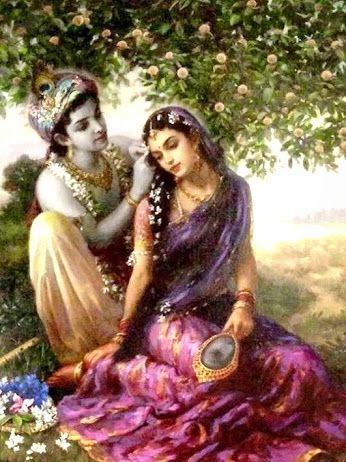 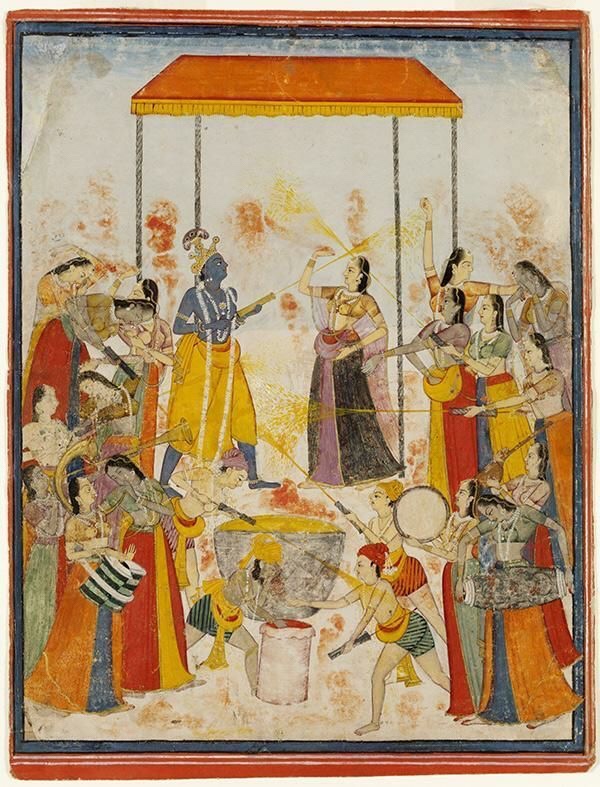 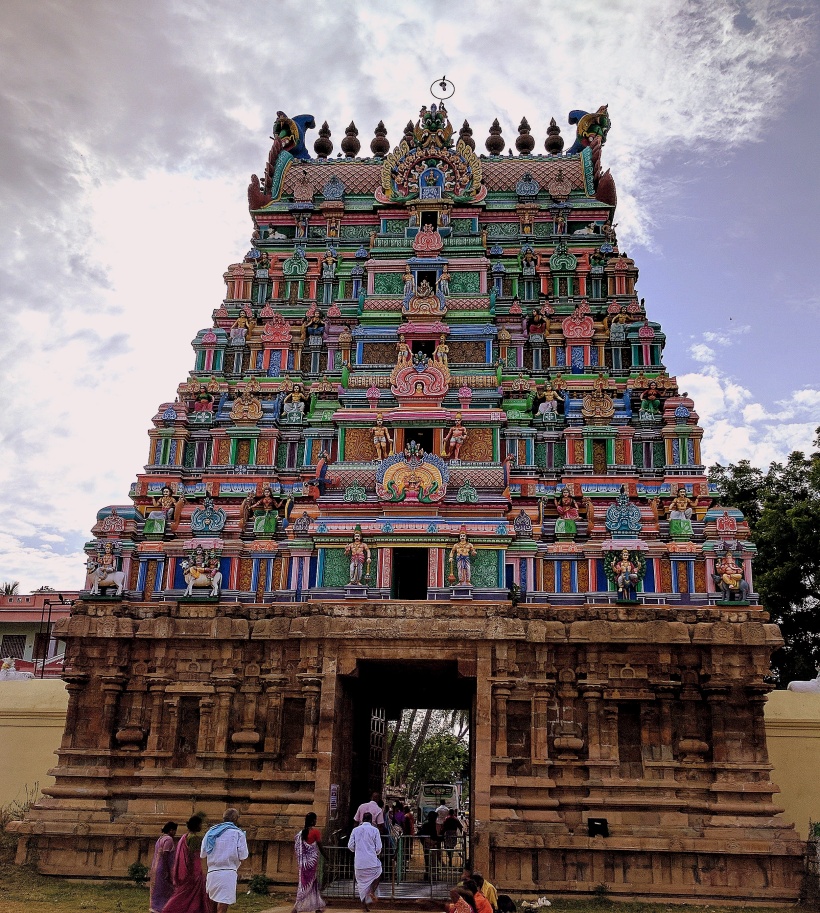 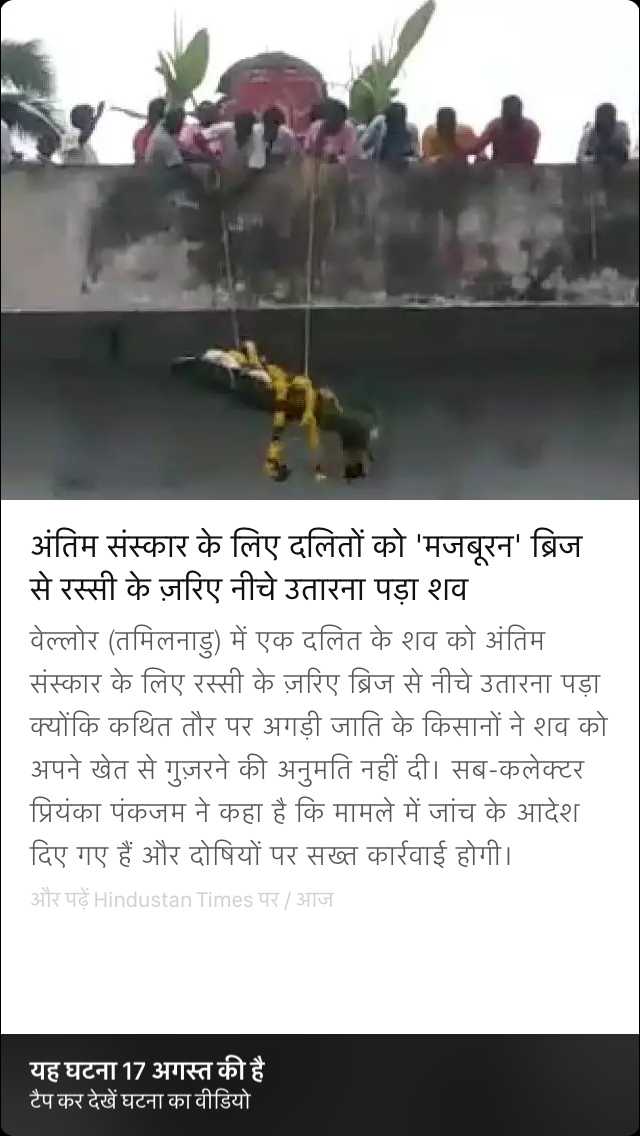 46-year-old Dalit man’s dead body was lowered from a 20 feet high bridge over a river to ensure it could be cremated after upper- caste Hindus in Tamil Nadu’s Vaniyambadi , in Vellore district did not allow it to be carried through their land.