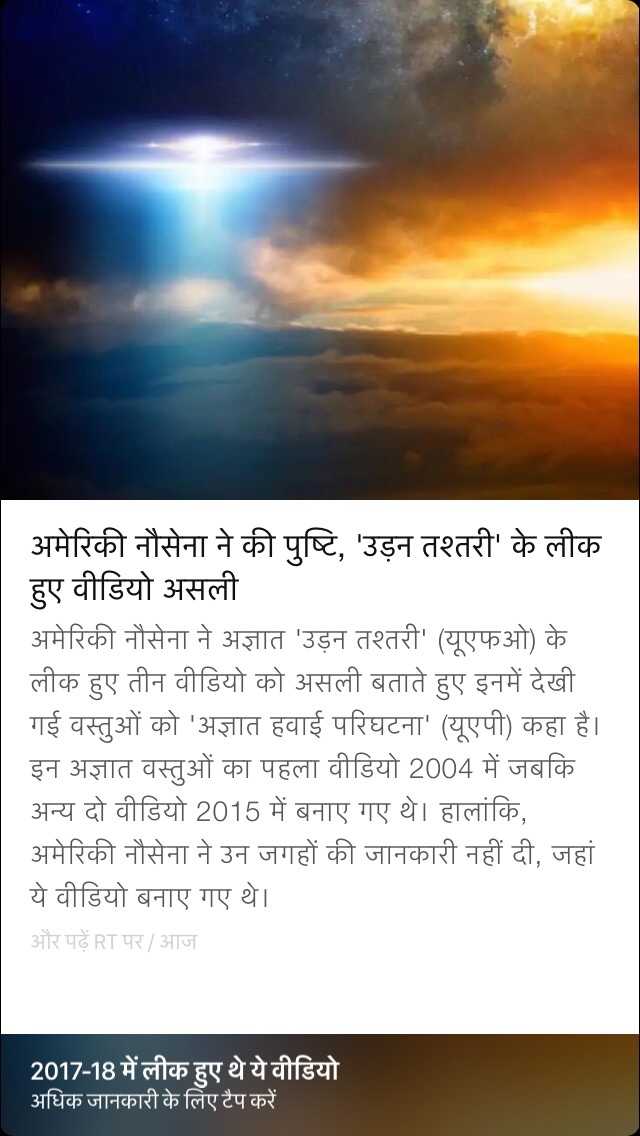 The authenticity of UFO (Unidentified Flying Objects) sightings has been the topic of much debate for innumerable years. Now, it has come forward that the existence of UFOs maybe true and the US Navy confirms it.

Yes, you read that right. According to a report in Huffington Post, the US Navy confirmed the authenticity of a series of three videos about UFO sightings recently. Reportedly, the videos which were leaked over the last two years should have not been made public the Navy said.

The spokesperson for the Deputy Chief of Naval Operations for Information Warfare, Joseph Gradisher told Black Vault, a website dedicated to exposing secrets and revealing government documents, “The Navy designates the objects contained in these videos as unidentified aerial phenomena (UAP).

2 thoughts on “UFOs are real, videos should never have been released: US Navy”